₹31,000.00
In stock
Add to Wish List Add to Compare
Email
Earn 3100 points for purchasing this product.
When To Expect Your Shipment ?
Most orders are processed within two to three business days. Certain items that are designated as special order may require additional time as indicated on the item's information page. Estimated shipping time for special order items is typically seven to ten business days. You will be notified by email if any delay is anticipated.
Once your shipment is ready, it will be shipped via one of the following methods of your choice.
Shipping To Alternate Address :
To protect customers from potential fraud, purchases totaling $250.00 or greater that are shipped to an alternate address require verification through your bank to ensure that the address provided is an alternate address kept on file with your bank. In some cases, a fax of your credit card with signature will be required for us to process your order. If this information is required, you will be notified by email.
Skip to the end of the images gallery

Listed references from the Holy Books of India that are made specific to the 14 Mukhi Rudraksha so that all will Know the Power of this Rudraksha.

A Rudraksha with fourteen faces is the highest Siva. It shall be worn on the head with great devotion.

THE LORD said -
If a man always wears on his head or arm a Rudraksha with fourteen mouths, the mass of Sivas's power, he is always honored and approached by gods due to the greatness of this religious merit

NARAYANA said -
A man wearing fourteen Mukhi Rudraksha on his forehead himself becomes Siva, hence its greatness is indescribable. One who wears even one bead on the forehead is always worshipped like Brahmins and gods and attains Moksha.

God Said -
There is no need to describe the greatness of Rudraksha again and again. It should be worn always for it is superior to all.
Those men who wear either the rosary of Rudraksha or even one bead on their head, get rid of all pains, sorrows and sins and attain all the credits. Such men on chanting the names of Siva become superior to all other men.

MANTRAMAHARNAVA LORD SIVA said -
A Rudraksha with fourteen faces is God Srikantha Himself. It gives Moksha liberation to all the kith and kin of past generation and its wearer himself attains Moksha.
It is the Rudraksha which is found most rarely and it pleases Lord Shiva to give the wearer His company. It is the most precious divine thing Deva Mani. It awakens the sixth sense organ by which the wearer foresees the future happenings. Its wearer never fails in his decisions. Its wearer gets rid of all the calamities, miseries, worries. It provides the wearer safety and riches. 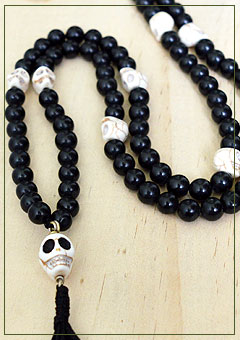